C.D.C. Panel Meets on Who Gets Booster Shots After F.D.A. Decision 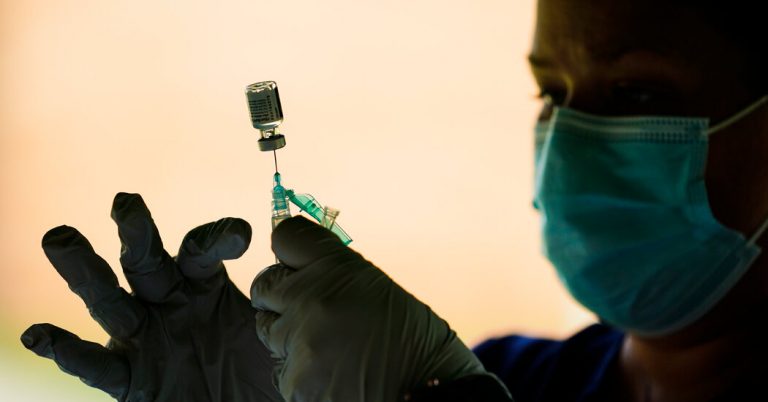 
Scientific advisers to the Centers for Disease Control and Prevention will take up a thorny challenge on Thursday: Who qualifies for the new Pfizer-BioNTech coronavirus booster and why?

On Wednesday evening, the Food and Drug Administration authorized booster shots of the vaccine for people over 65 who received their second at least six months earlier. The agency also approved boosters for adult Pfizer-BioNTech recipients who are at high risk of severe Covid-19, or who are at risk of serious complications because of exposure to the virus in their jobs.

Roughly 22 million Americans are at least six months past their second Pfizer dose, according to the C.D.C. About half are 65 or older.

But who exactly risks becoming severely ill? What does it mean to be exposed on the job? Do teachers count as exposed, or just frontline health care workers? And what about Americans who got the Moderna and Johnson & Johnson shots?

Those are questions scientists on the C.D.C. Advisory Committee on Immunization Practices will debate on Thursday, and their decisions will shape the federal government’s guidance.

In its deliberations on Wednesday, the C.D.C.’s advisory committee zeroed in on unanswered questions.

A third dose undoubtedly amps up antibody levels, the experts concluded. But it’s unclear so far how long that increase lasts, whether it translates to meaningful extra protection against severe disease, and whether it can significantly decrease transmission of the virus.

Scientists on the committee also noted the paucity of safety data, especially among younger people. And several advisers said they believed the goal of the boosters should be to prevent severe illness, hospitalization and death, rather than stave off infection.

“I don’t think there’s any hope that vaccines such as the ones we have will prevent infection after the first, maybe, couple weeks that you have those extraordinary immediate responses,” said Dr. Sarah Long, a pediatric infectious disease expert at Drexel University College of Medicine in Philadelphia.

The advisers also wrestled with the practicalities of endorsing a booster shot of Pfizer’s vaccine, but not of Moderna or Johnson & Johnson’s. Recipients of those vaccines may hear that boosters are necessary — but they can’t have them yet.

“That’s a big public health panic that we would like to avoid,” Dr. Long said.

Moderna has applied for F.D.A. authorization of booster shots, but at half the dosage given in the first two.

Mixing first shots of the Moderna vaccine with a Pfizer booster — or vice versa — is untested ground, and federal agencies are always reluctant to make moves that the evidence doesn’t explicitly support.

Some global health experts have criticized the Biden administration for pushing booster shots when much of the world has yet to receive a first dose. But on Wednesday, Jen Psaki, the White House press secretary, argued that was a “false choice.”

On Wednesday morning, President Biden said the United States would buy 500 million more doses of the Pfizer-BioNTech vaccine to donate worldwide, doubling up on a purchase in July.