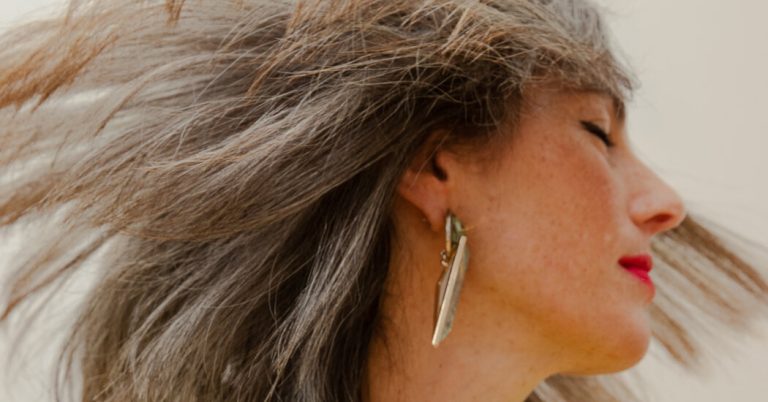 
Recently, thanks to a “Real Housewives of Beverly Hills” marathon, I spent an evening watching commercials, and indeed, over the course of three hours, the only ones starring women with gray hair ended with a rattled-off list of side effects ranging from bad rashes to death.

“It’s not fair that women are called ‘granny’ or ‘old’ with natural hair,” Mr. Martin, the colorist, said. “This is just propaganda and a myth we brought on ourselves.” When Ms. MacDowell, who is 63, was in his chair, he said, the two discussed how her manager encouraged her to stick with her chemical shade of brown.

“He was just afraid she wouldn’t get hired on future jobs, not thinking about how beautiful she’d look. I told her, ‘Be who you are when you’re not behind the camera,’” Mr. Martin said. “I also told her, ‘If you get a role for a redhead, there are plenty of wigs they can put on you.’”

Of course, Ms. MacDowell still does have to pay the bills, including Mr. Martin’s. (His self-described rate is “expensive, and maybe put three lines under it.”) And even a great colorist can’t bleach out ageism and sexism.

When Ms. Tommy was first settling into what would be a six-hour process with her colorist, Alfredo Ray, she also discussed the double standard. “For my male directing peers, there is no implication” to going gray, she said.

“No one stops thinking they’re cool or talented because they went gray. But this is something people were talking about with me. People were concerned.” In fact, one well-meaning person told Ms. Tommy, “‘If you go gray, you just have to make sure you look cool every time you leave home.’”

Milan Trend Week: Dressing for the Age of Nervousness